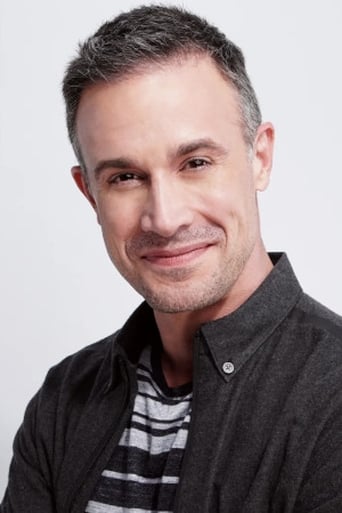 Freddie James Prinze, Jr. (born March 8, 1976, height 6' 1" (1,85 m)) is an American actor. He rose to fame during the late 1990s and early 2000s, after starring in several Hollywood films aimed at teenage audiences, I Know What You Did Last Summer (1997) and its sequel, I Still Know What You Did Last Summer (1998), as well as She's All That (1999), Summer Catch (2001), Scooby-Doo (2002) Scooby-Doo 2: Monsters Unleashed (2004), and Delgo (2008). Prinze has also had acting roles in television shows, including Freddie and 24. He is married to actress Sarah Michelle Gellar, and currently works for WWE as a producer and director. Description above from the Wikipedia Freddie Prinze, Jr., licensed under CC-BY-SA, full list of contributors on Wikipedia.